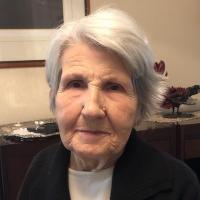 After studying in the second half of the 1950s at the Magistral Institute "Mazzini" in Vittoria and having Bufalino as a teacher, he began his university studies in Catania. In 1966 he obtained a degree in Literature. Following a long engagement, he married in 1982 with Bufalino. For marriage, the couple will give the guests a book of aphorisms, edited by them, entitled Marriage Rumors. 62 mild and serious thoughts on marriage offered by a very new couple for the use of older couples. In 1983 she was struck by a serious illness that forced her to interrupt her teaching activity the following year. In 1989, with Bufalino, he published Bompiani's The Marriage Illustrated. In 1999, three years after her husband's death, she participated with the Municipality of Comiso in the establishment of the Bufalino Foundation. He lives in Vittoria.