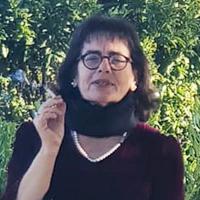 In 1990 he graduated in Modern Literature with a specialization in History at the University of Catania. For the Faculty of Political Sciences of the same University he carried out the PhD in Contemporary History (XXIV Cycle) in 2009/2011. From 1997 to 2001 he collaborated with the director Roberto Faenza on the screenplay for the film The Viceroy, published by Gremese in 2007. From 2013 to 2015 he attended a two-year Master's Degree Level Trainer for Teaching Digital Communication, Multimedia, and Information Technology. , at the University of Palermo. In addition to attending post-graduate masters, she has acted as a speaker at various conferences and seminars on historical and social issues. He has worked occasionally, from 2013 to 2016, with the newspaper "La Sicilia" publishing about three hundred articles of cultural and historical importance. He attended the Postgraduate Specialization School in Teaching Italian as a Foreign Language at the University for Foreigners of Siena. He has published his own contributions in journals and monographs on the subject of emigration, on the relationship between history and cinema: the comisana emigration and the mutual aid societies, in "NEOS", Review of the history of Sicilian emigration, Year II, n.1 , 2008; Didactics of the History of Memory, Literature and Cinema, in AA. VV. Cinema, History, Memory, ed. CSC, 2010; The wealth of suffering, in AA. VV. A Garden of God in the city, Feeria-Comunità Edizioni di San Leolino, 2011; Multiple screens and multiple views. The Great Mother. Italy, Marsilio Editore, Venice, 2015; 1938-1945. The persecution of Jews in Italy. Documents for a story, in the "FACTS & NEWS" column, in the Journal of Contemporary History, Pellegrini Editore n. 1/2016. Since 1992 he is professor of Italian and History at the State Institute of Upper Secondary Education "G. Carducci ”of Comiso. He currently lives in Santa Croce Camerina.